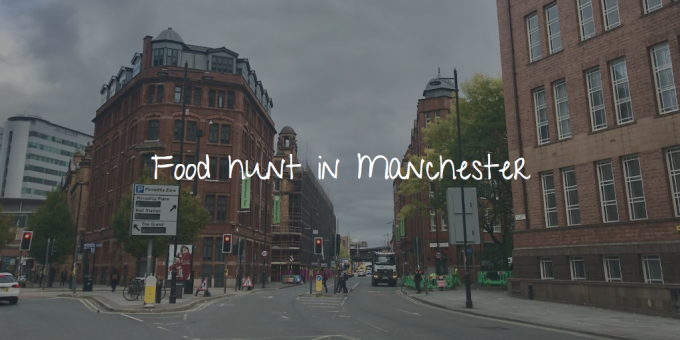 I want to show what I’ve done in Manchester for 5 hours.

I totally need to get the videos and pictures out of my phone as soon as possible, else it’s just gonna be a space taken up with nowhere to go. So here I am pinning my thoughts and food journey here. Also a way to make use of this space as I always neglect it.

This is my second time to Manchester but spent my time in Liverpool the last time as many around me said that there’s nothing much to do in Manchester. This time around, I’ve decided to explore Manchester for myself and decide if it is that boring as what I’ve heard. I’ve set my mission now for any places that I visit is FOOD! Did my research through Google a night before. Bookmarked the places so I can visit the next time too whenever I am here again.

Let’s get exploring Manchester city with me! 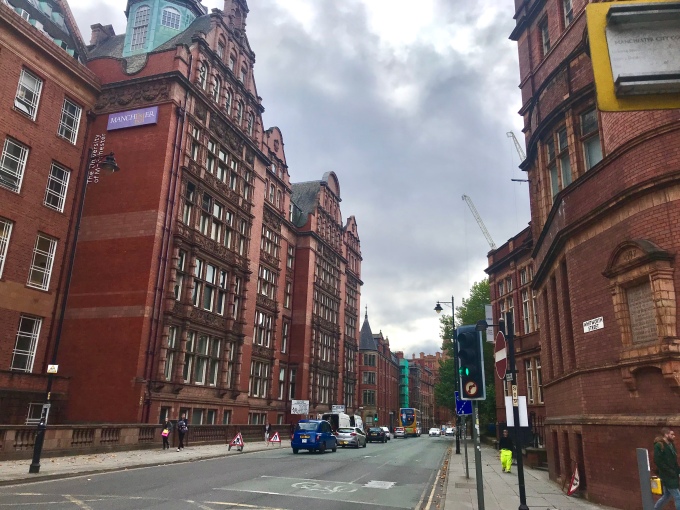 I started my journey from Manchester Piccadilly train station. According to Google, the first location I wanted to visit was supposed to be open when I started my journey. However upon reaching the place, it is not opened until 12pm. There goes having a bowl of pho for breakfast. 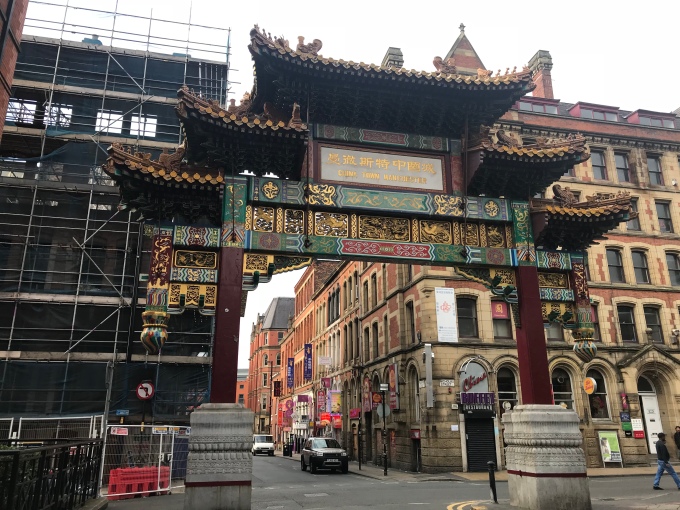 Came all the way here just to take a picture of the Chinatown arc. Yup, gotta visit my roots wherever I can. 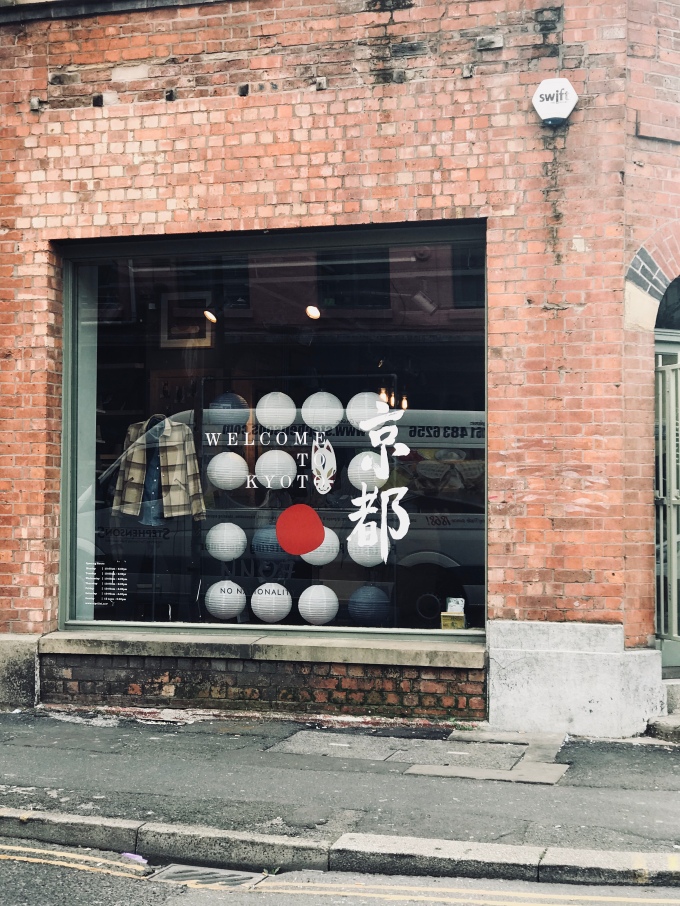 Asian breakfast is a no-go, will just settle for an English brunch. It was kinda hard to locate this cafe. I had to walk around the block just to find that the cafe is facing a parking lot building. So much for adventure. 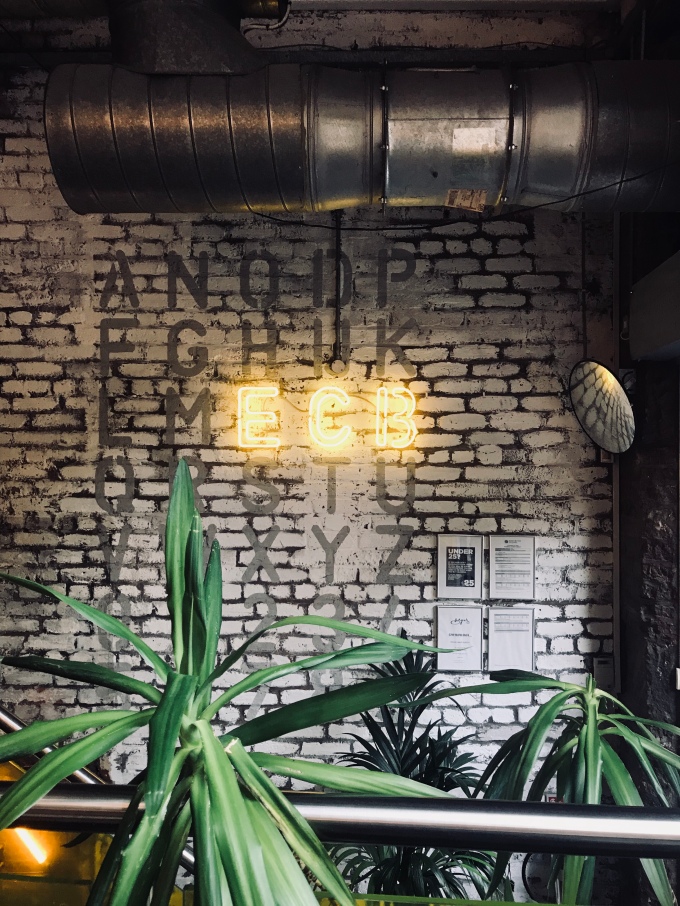 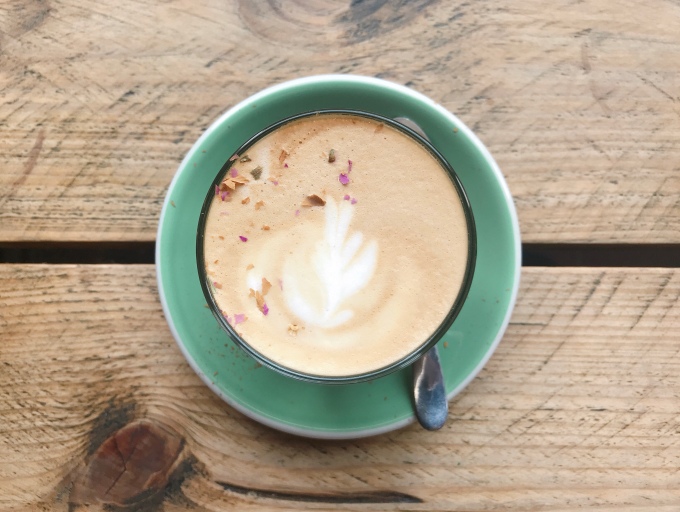 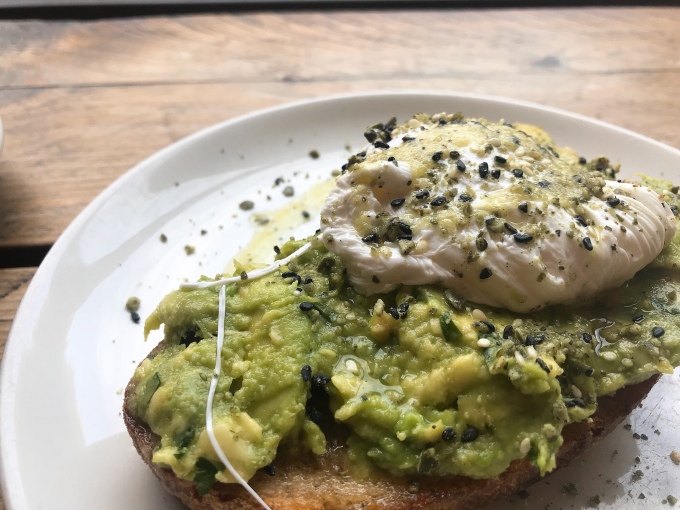 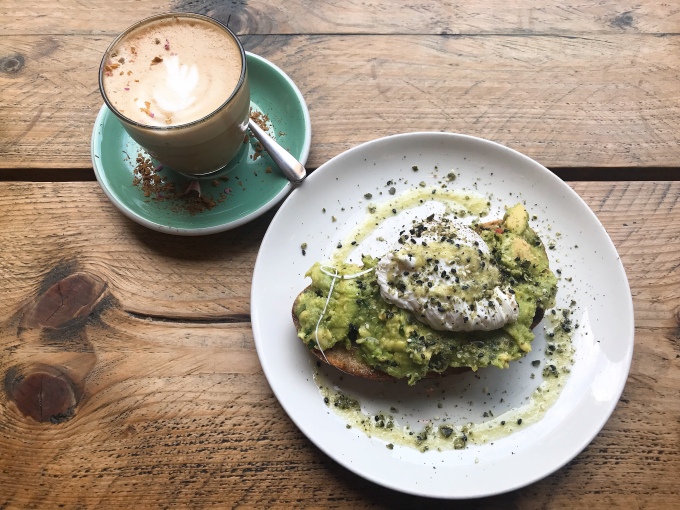 I got the Avocado toast with poached egg (GBP 7.50) and a Rose latte with cardamom and honey (GBP 5). They give a good amount of avocado. Such a healthy meal that I couldn’t believe I’m consuming it.

Most of the places close by aren’t open until 12pm. Instead of wondering around the street till restaurants are open, I saw there’s a cat cafe nearby. At first I thought of not going in as I didn’t see a lot of active cats inside there. But there’s this one cat near the window just had me going in. Also I need to kill some time. 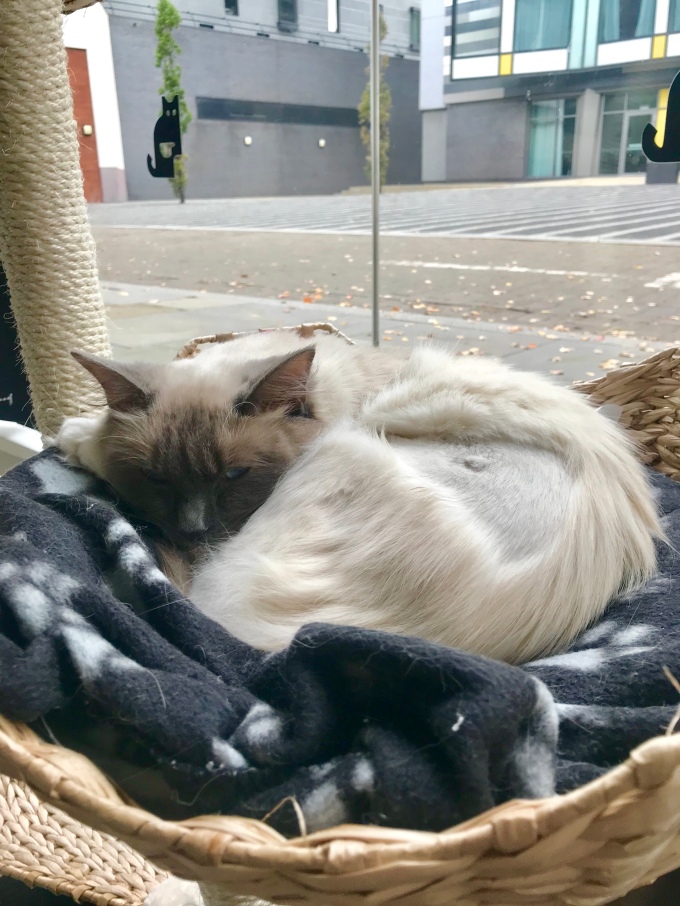 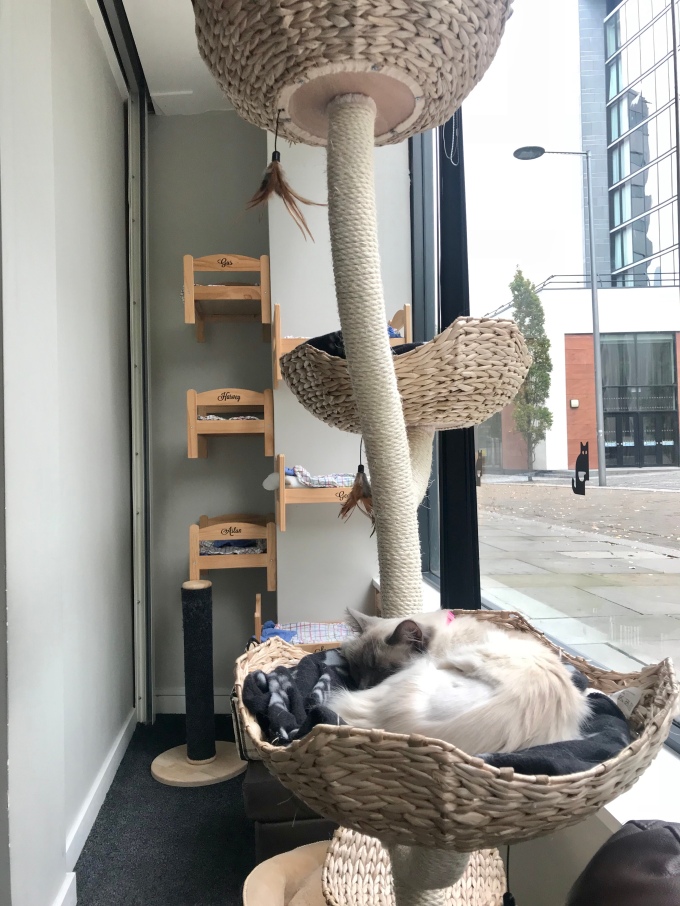 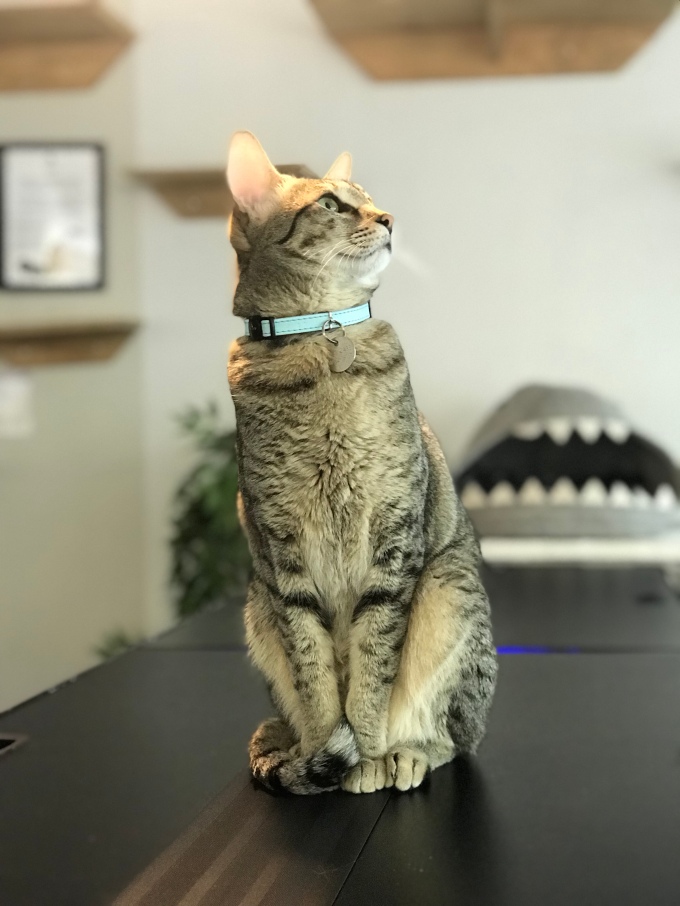 It is literally called Cat Cafe. It cost 1 pound per 5 mins and drinks are unlimited. Well, I think normally people would be there for at least 30 mins. That’s how long I spent there. The best place to sit in the cafe is near the drinks counter. That’s where the staff will mingle more with the cats and help to bring the cats around by enticing them with toys. I just like the ambience there, calm and lazing around just like the cats.

I found the next place through one of the list in an article. They recommend their Korean Fried Chicken. Now this is not a Korean restaurant. But I’m down to trying what is recommended. It is called Common. 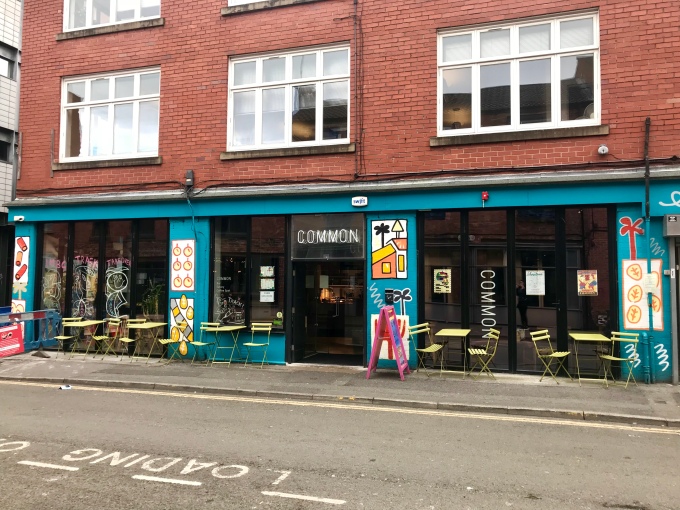 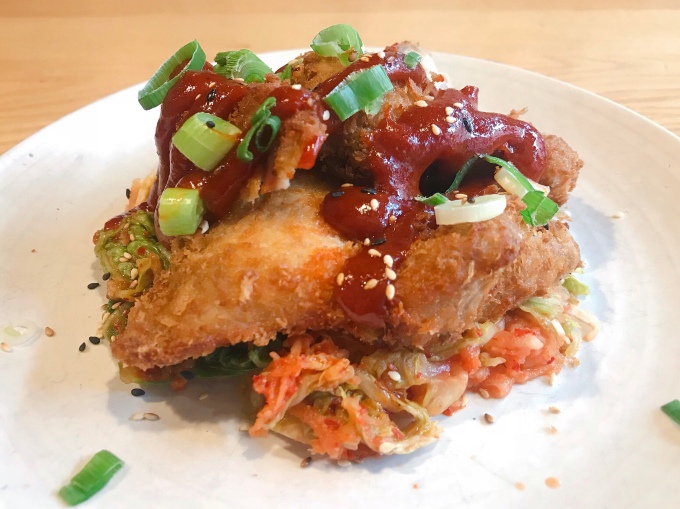 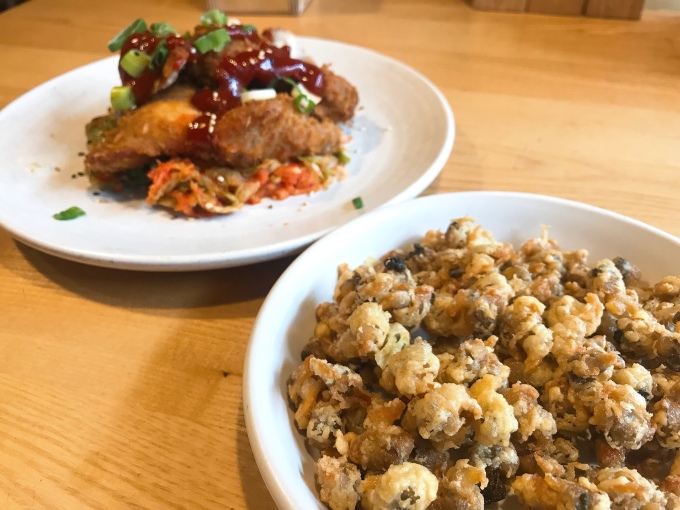 The fried chicken was already a given. As I was flipping the menu (only 2 sides by the way), I was intrigue by this dish – popcorn cockles. It has been a long time since I ate cockles. Since it’s under the ‘snacks’ category and was mentioned as the best bar snack, not that I have any to drink, I ordered it without hesitation,

I guess I never learn about eating Asian food not from an Asian restaurant. The fried chicken wasn’t that bad. It comes with kimchi and gochujang. However still not quite there. The fried chicken is not crunchy enough. As for the cockles, it was way too salty and sour for me. Half way through, I was just mixing a mouthful of chicken followed by a mouthful of cockles.

Came to Piccadilly Garden and had to take a picture here. It is a nice place to hangout but the main focus of this picture is … 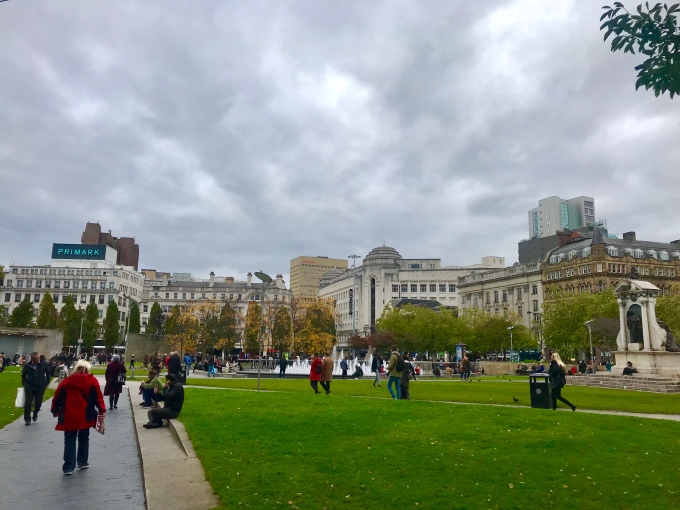 PRIMARK! Somehow I still can’t figure out why is Primark such a big thing. I get that the price is really cheap but then how much clothes and items do you need from Primark? Maybe in the future I’ll change my opinion about this.

The next location pop out in my Facebook as a recommendation. I got to get my tea time the English way with an Alice in the Wonderland theme. 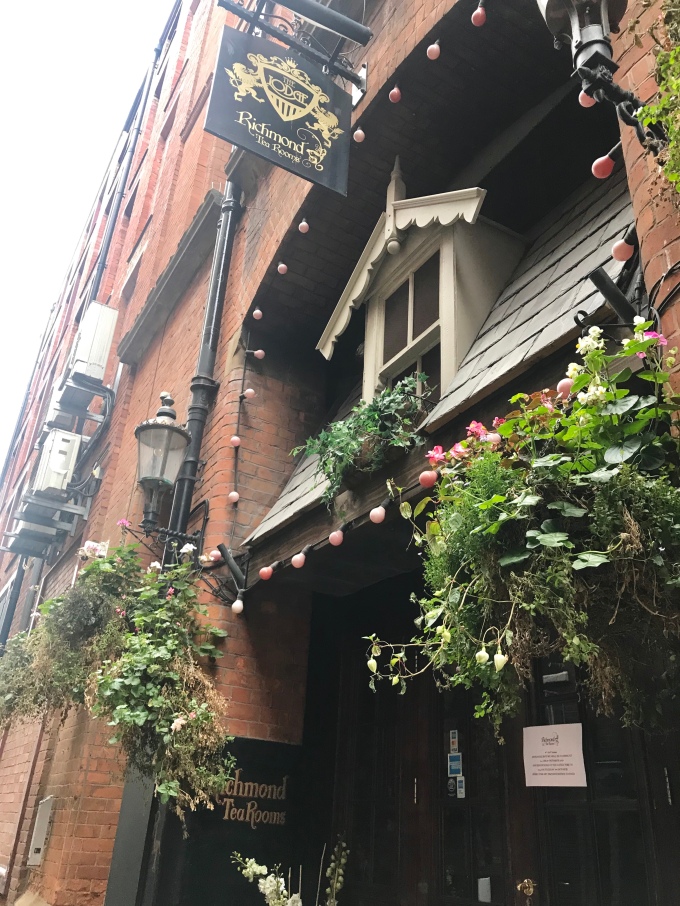 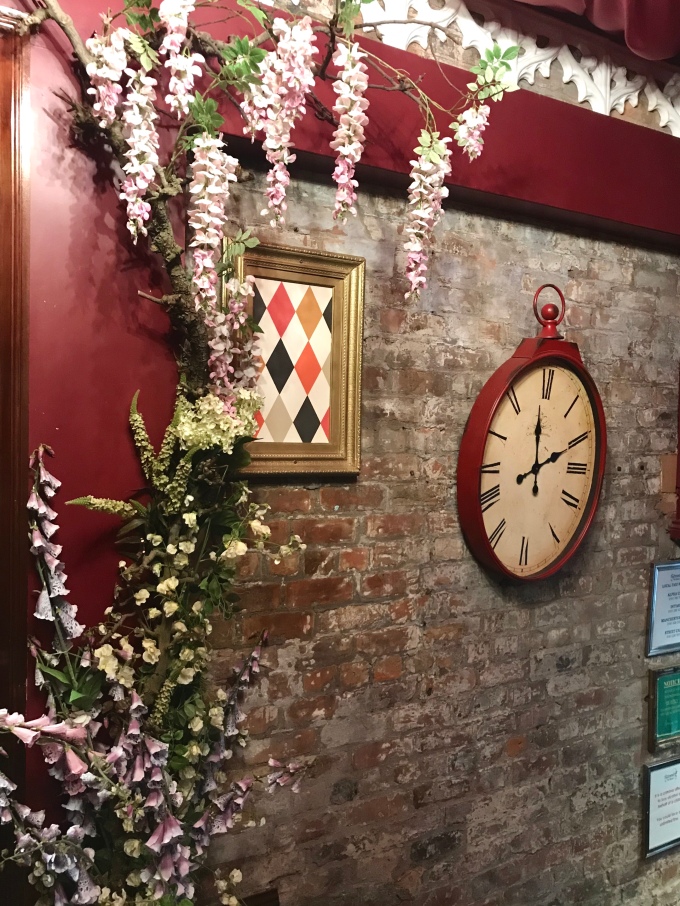 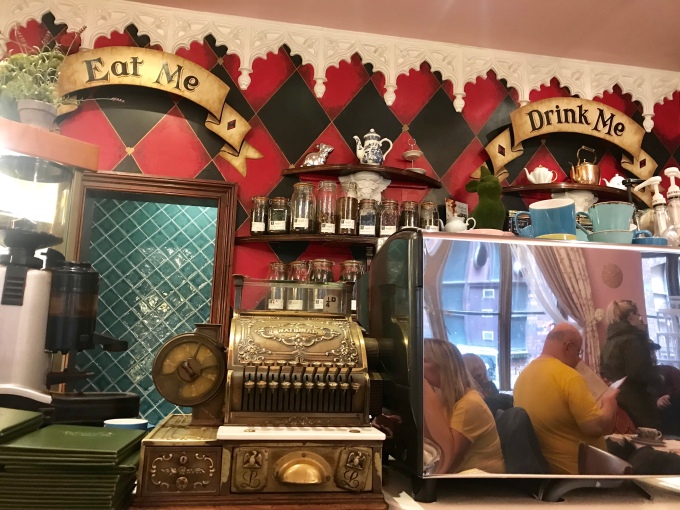 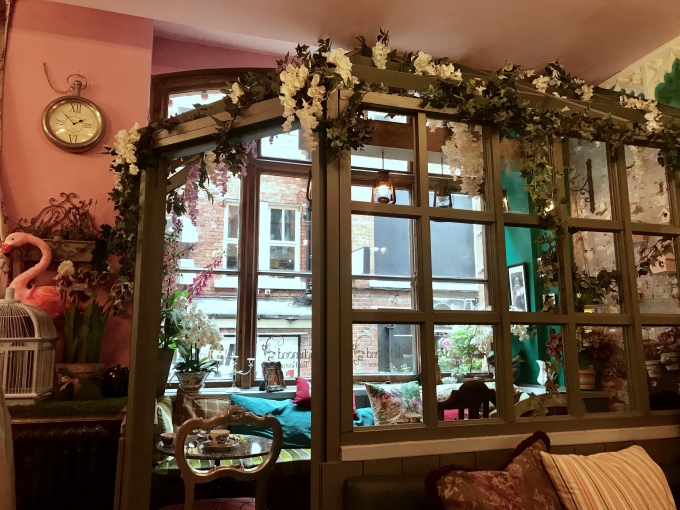 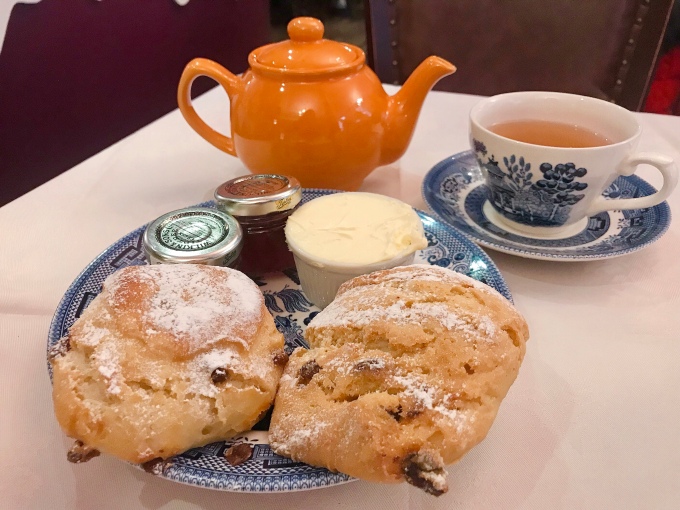 Honestly I thought that I need to spend at least 10 pounds in here. Let me tell you, 2 scones are way too much for me. Like seriously. Especially after all that eating. But those clotted cream is so good. So good to clot your artery as well. haha. The place is very cosy with different tea rooms. I’ll probably go there again.

So much food to eat but so little time and space in my stomach. Total cost for an afternoon of food spree – GBP 36.25!

Till then, stay sane!