It was intended to come true (that what she was wishing for) but she did not want to put any hopes or counting the chickens before they hatch. She knows she’s one blessed child.

She was fighting against time. Not knowing what will happen.

It was so cool…. Only after a few questions here and there, she was already at the counter with someone else paying of course. She’s such a good con artist according to the ‘sponsor’… 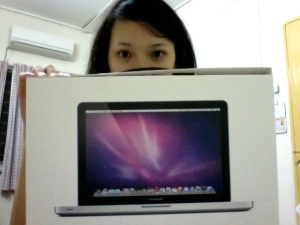